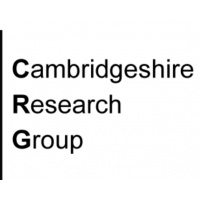 Please note that whilst the Research Group have published this data locally, some of the data has been released nationally by other organsations. These national data sources include:

The information on this page (the dataset metadata) is also available in these formats.

via the DKAN API

The IMD measures relative deprivation across small areas of England called Lower Super Output Areas (LSOAs). Datasets come from 2015, 2010 and 2007. Whilst historical datasets can be compared, there are caveats:

• LSOA definitions have changed between the 2015 and 2010 releases. As such, some locations will not be comparable at all.

• The variables used to define each indices of deprivation have been updated with each publication. As such, changes in apparent deprivation may reflect these changes in methodology rather than actual changes in local circumstance.

• IMD2015 data for Cambridgeshire and Peterborough

• Map of IMD2015 national rankings for Cambridgeshire and Peterborough